My first approach to what is now River Mountain Retreat, was taken from the town of Bedford, PA to the north of us. It’s a 15-minute trip down State Road 326 from the healthy and quaint Revolutionary War-era town (where George Washington quashed the Whisky Rebellion), through working farms maintained, in some cases still, by the families that occupied them as we were getting our legs under as a country. The road south is flat and friendly, as it meanders through its broad valley, on the approach to Tussey Mountain -- where Rainsburg Gap, a natural break in the ridgeline, has invited travelers like us into the adjacent Black Valley since before people were writing things down.

The climb up through the Gap and over Tussey Mountain strips away all but the last signs of town and farms behind us -- leaving just the paved road (which the mountainous terrain of Buchanan State Forest is always trying to reclaim). Our descent through the old-growth forest brings us into the Black Valley -- named, I would soon learn, for the dense forest and the shade its steep slopes offer throughout much of the day. From Black Valley Road, Tussey Mountain towers to the west, and Warrior’s Ridge rises above to the east.

Somewhere along the way, I have lost my cell phone service.

Our property is a roughly 150-acre tract of land situated at the base of Warrior Ridge -- which includes steep mountainside on the face of the ridge itself. It spans the bottom of Black Valley, connecting the public lands on either side -- which makes for thousands of unbroken, and otherwise undeveloped, acres.

This valley must look much the same as it did to the Thomas Powell expedition, which recorded its visit in 1625. To Powell’s party, it looked as it did to the generations of Native Americans that travelled the Valley for thousands of years before his arrival.

In 1625, Powell described this valley…

We took our course towards the North Star one day's journey and came to (1) another water as though it came from the North Star; we followed it three days travel; we came to where three waters came together, one was near the star. (2) This water had a sweetish taste; was full of the most beautiful speckled fish we have ever seen. There were lots of Indians here; they showed us all the friendship they could; we continued up this till we came to (3) high ground; we went beyond that, where the water runs towards the North Star; then we turned." Powell ended, "I assign myself your humble servant": Captain Thomas Powell, October 25th day 1625.

The ‘sweetish taste’ described by Powell is reported to be Sweet Root Creek, which runs directly through River Mountain at the base of Warrior’s Ridge. This sweet water is, in part, the reason our valley was traveled by Native Americans, including the Iroquois and Monongehela. Their tools -- arrowheads, bowls, and more -- have been found along Warriors Path and Sweet Root Creek over the years. 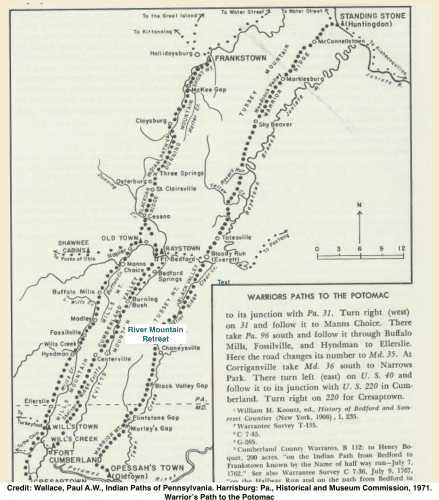 Our first turn off of Black Valley Road onto the long gravel drive of the River Mountain property, brought a two-story log cabin into sight. It was built in the early 1800s -- nearly 200 years after Powell’s journey through the Valley, and nearly 200 years before we began our conversion of this cabin into River Mountain’s dining facility. The cabin’s logs display the countless surface cuts, all from hand tools, used to shape the sturdy logs.

Across from the log cabin dining hall, is an 1860s, Mennonite-built dairy barn. Like the log cabin, its beams were cut and placed by hand. Other than a new floor, new doors and new roof, it remains much the same as it would have as shelter for cows and hay.This barn and its milk cows sustained generations of farming families -- as our meadows, which are now returning to their natural state as wetlands, sustained the cattle that grazed them during those years.

The builders of these early structures were situated, whether they knew it or not, along a stretch of the Underground Railroad. We are just a few miles north of the Mason-Dixon line, so Black Valley’s Warrior Path saw a new warrior in the era of slavery -- the escaped slave, and anyone brave enough to help them along their way. Local author David Bradley wrote a novel set in this valley -- The Chaneysville Incident, which was a runner-up for the National Book Award. It focuses on a group of escaped slaves whose lives were cut short nearby. Those former slaves are buried not far from River Mountain.

The newer structures -- a 1920s farmhouse, which will be home to our executive director, and the detached garage, which is being converted into our commercial kitchen -- are the most recent existing structures on the site.

It’s all too easy (and fun) to get lost in the history of this place, even though we are starting River Mountain to look ahead...

Our new cabins, which will soon sit creekside at the edge of the woods, will be modern, with heating and air conditioning, and private bathrooms -- but they’ll also be timeless, having been designed as close to this land as possible. Their east-facing glass walls will frame the sun as it crests Warrior Ridge each morning for our guests. 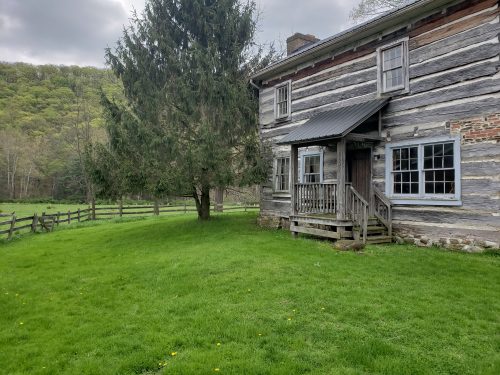 Built in the early 1800's, the original log home at River Mountain Retreat is now used as the central dining hall. 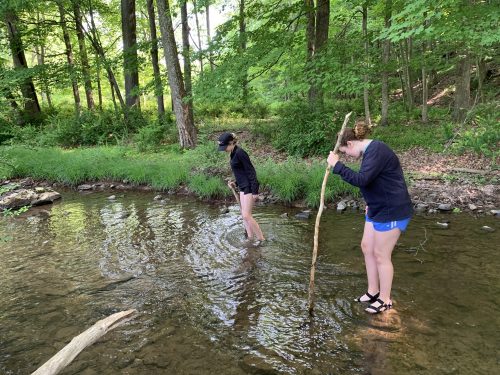 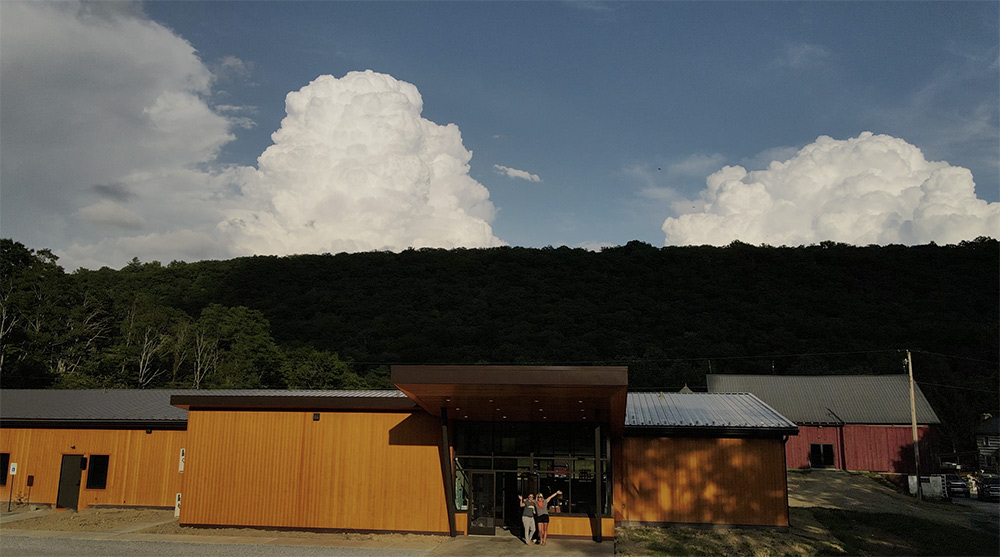 Happy New Year, it’s January 4th! If you know me, you know that slowing down for anything is not in my DNA… 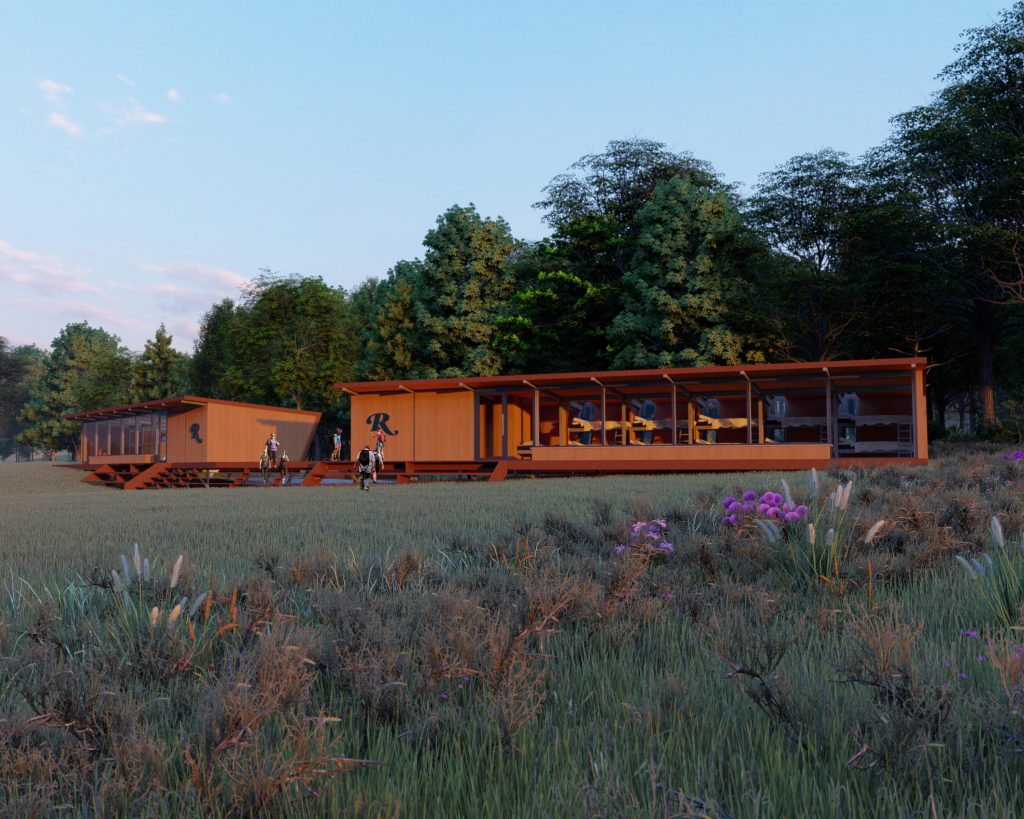 Design and Development – A Restorative Relationship with Nature

From the beginning of the River Mountain land development process, we’ve had 3 goals in mind… 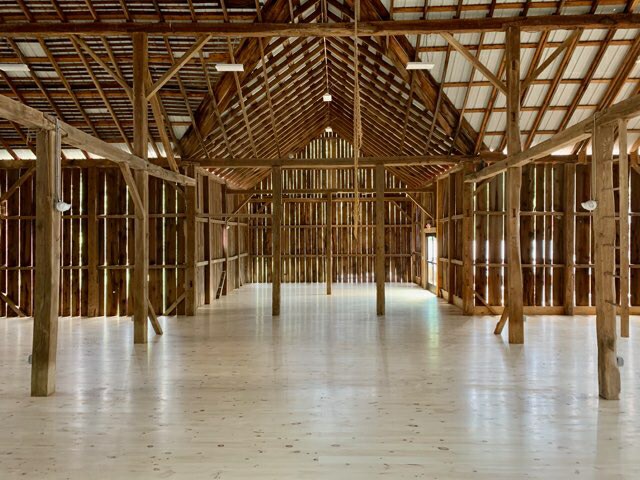 We’re all so excited as we watch the construction progress with our opening day less than 60 days away. 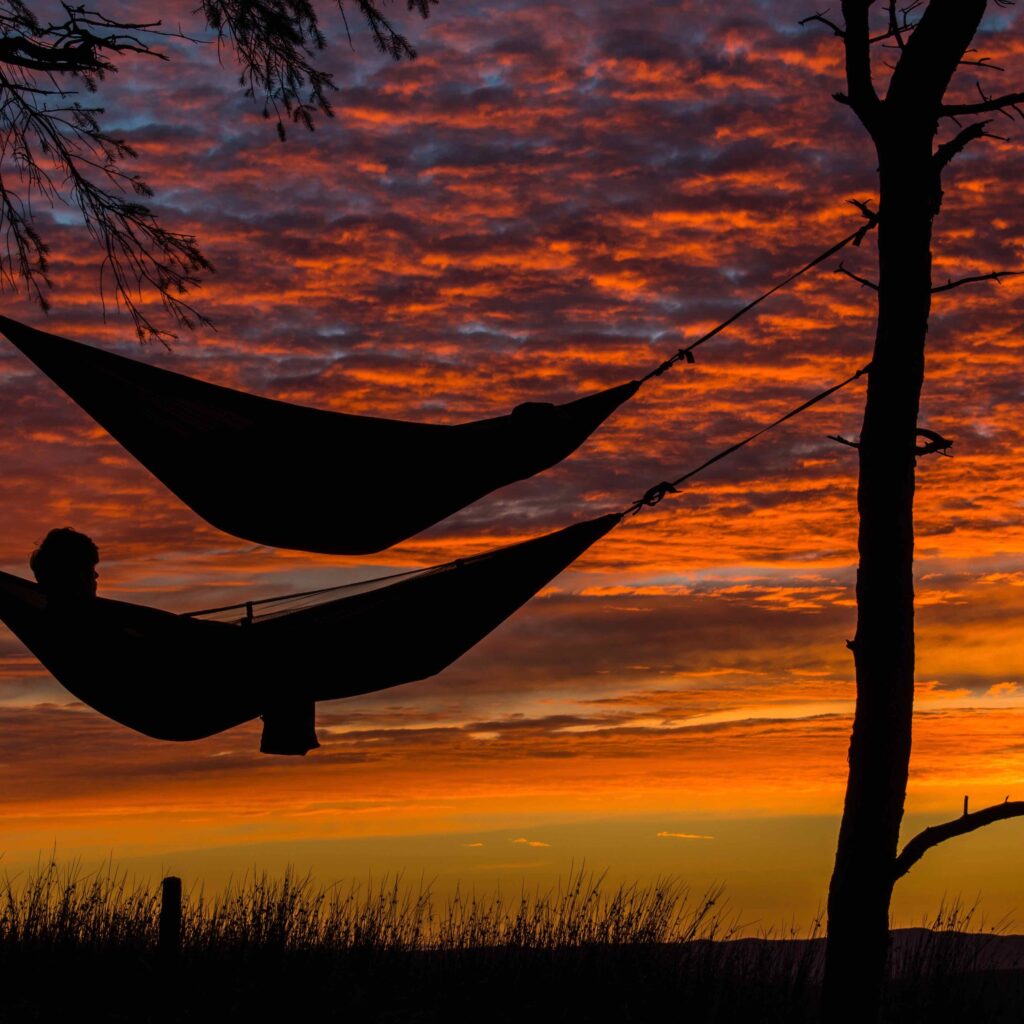 In a River Mountain survey of 400 workers in the DC area, we asked participants to give their opinion of the statement “Getting out into nature makes me feel better and improves my mental health?” Not surprisingly, over 90% of participants said that statement is ‘very true of what I believe.” 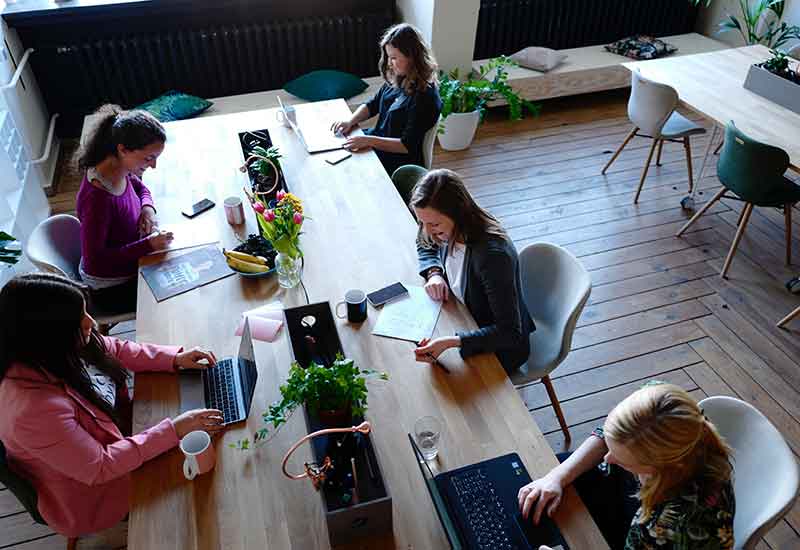 The Covid-19 pandemic has impacted every aspect of the American economy and workforce. Out of nowhere, we’re all suddenly dealing with titanic changes in how we go about our workday – perhaps none bigger than the new realities of remote work. For many of us, this reality isn’t going away any time soon and is here to stay. 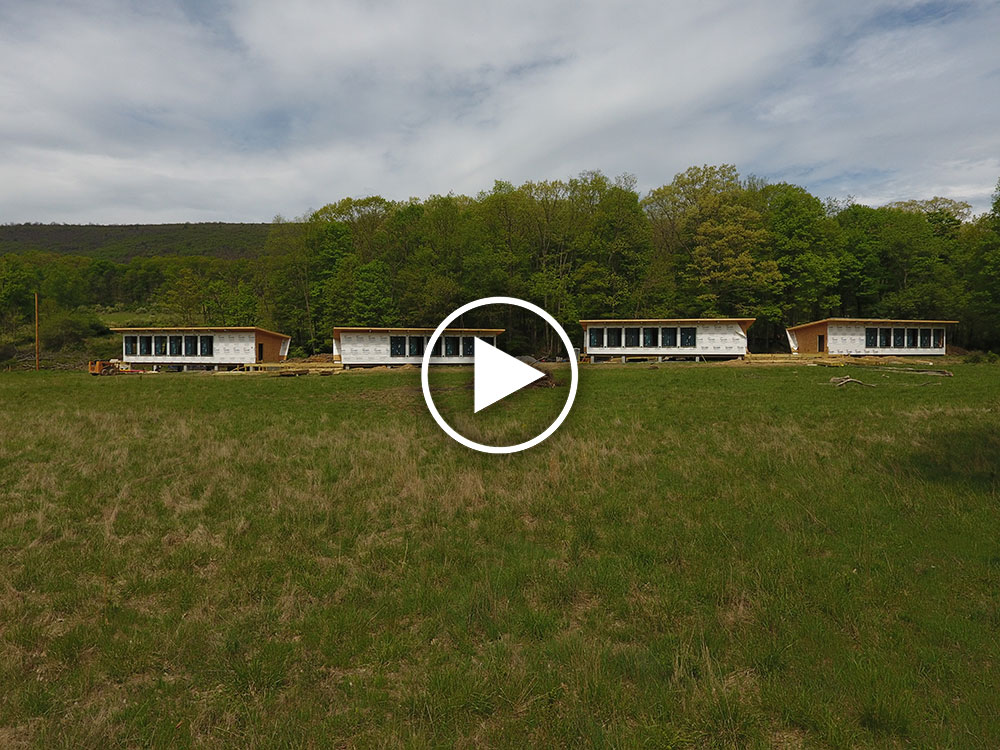 A gorgeous day for a flyover of the guest cabins. We’re all so excited as we watch the progress and imagine a day – in the not too distant future – when they’ll be open to guests. 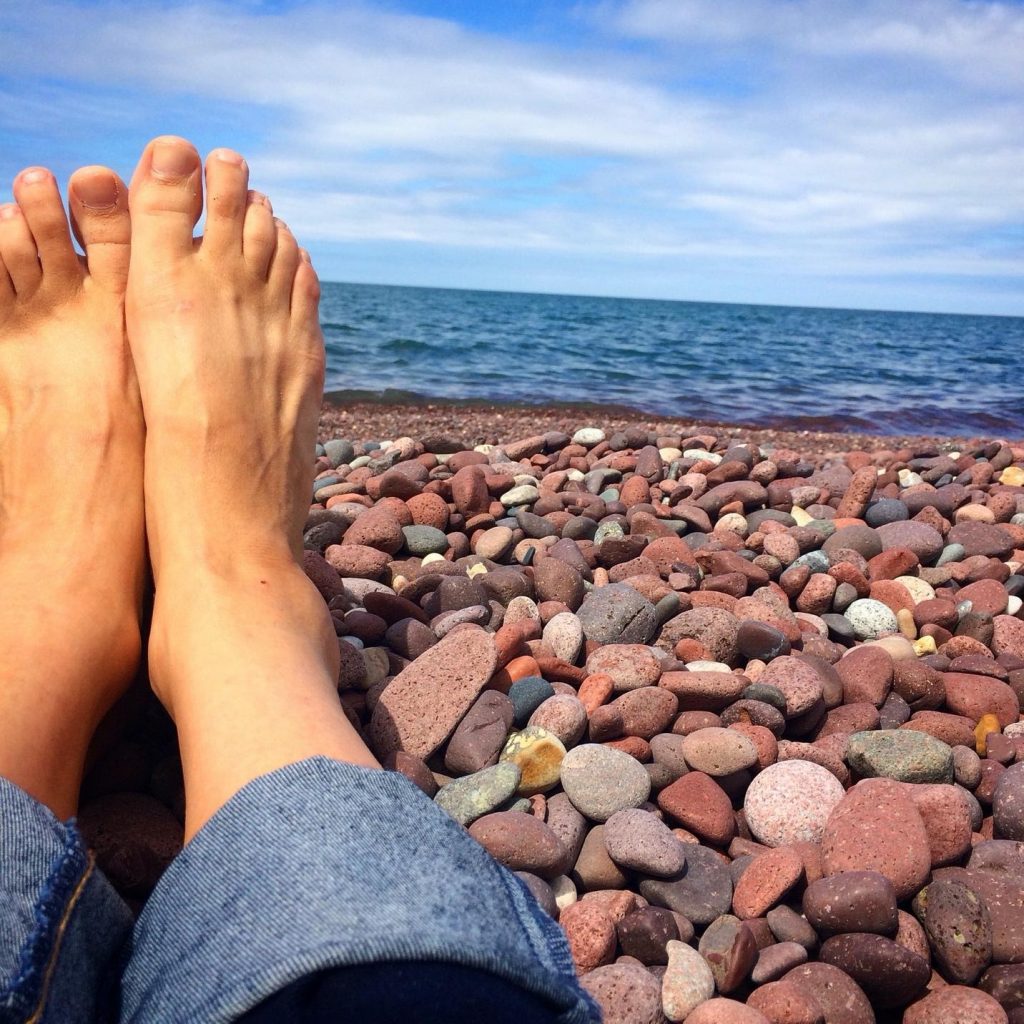 Meet Becca Gurney, Founder of Design Choice, a boutique graphic design studio in Washington, DC. Becca and her team work with progressive clients to make the world a better place, by encouraging entrepreneurial endeavors, advancing social justice and women’s causes, and supporting women in leadership positions. She’s also the creative genius behind our print designs and an absolutely awesome human. 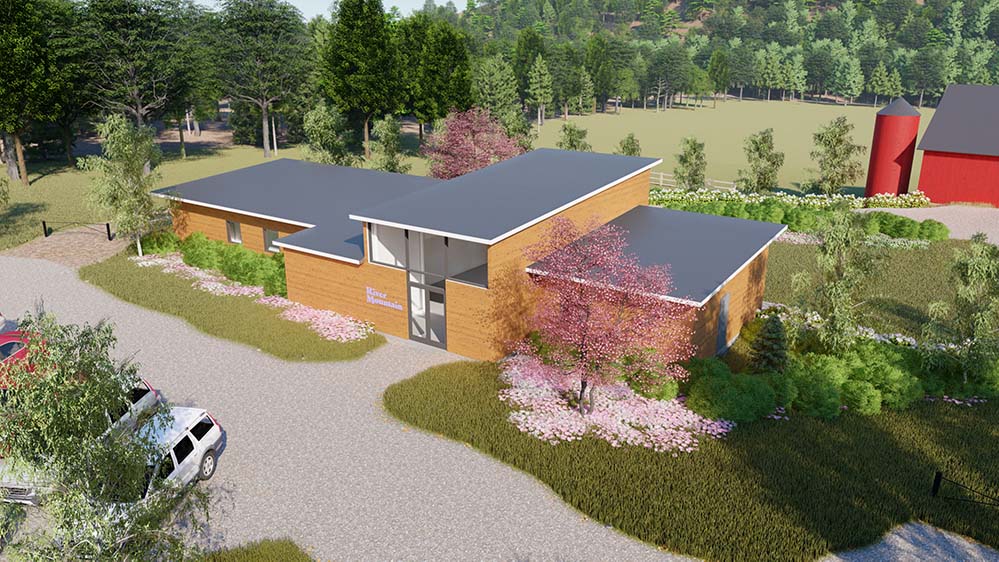 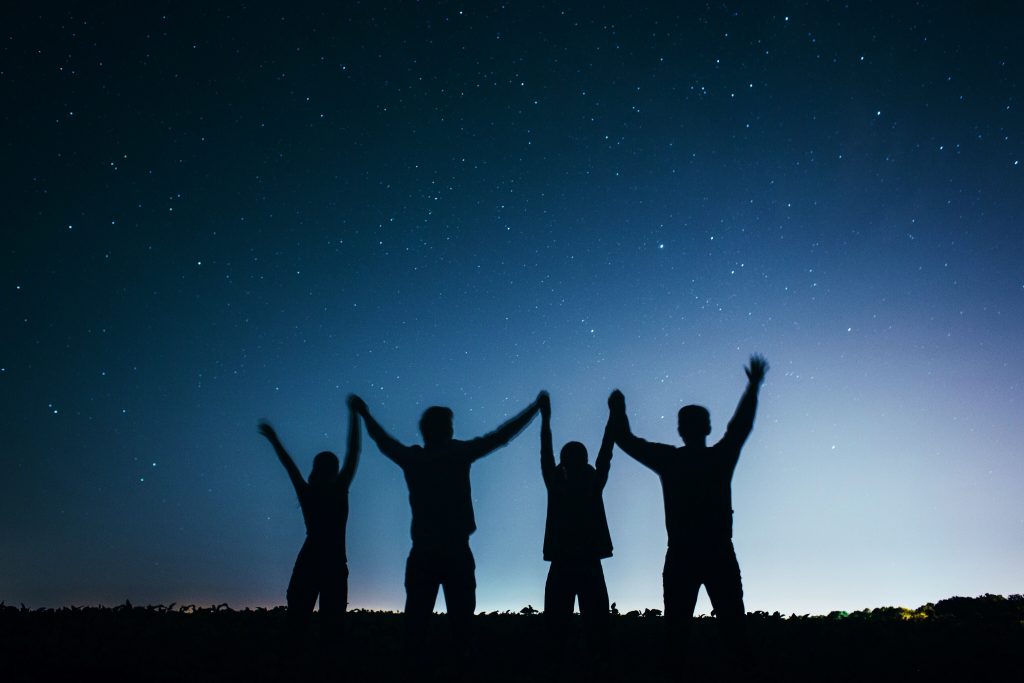 A Bathtub of Stars

Our first trip to the River Mountain site was in late January 2019. It was the perfect winter day in the mountains — beautiful blue skies and fresh snow on the ground. I don’t remember our group’s exact, initial reaction as we drove down the gravel driveway, but I do remember…